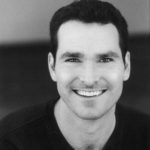 Hugh O’Gorman is an actor, director and writer active in professional theatre for 25 years; since 2002 he has been the Head of Acting at California State University Long Beach where he oversees the BA and MFA actor training programs. Hugh has appeared on Broadway, Off-Broadway, Off-Off-Broadway and at over a dozen of the nation’s most respected Regional Theatres and Shakespeare Festivals. He is a founding member of New York City’s Mint Theatre Company (2002 Drama Desk Award). For four years Hugh portrayed Jeff Singer on AMC’s critically acclaimed, Emmy and CableAce award-winning show Remember WENN (SAG Award nomination). Other television: HBO’s multiple Golden Globe and Emmy Award winning John Adams, for CBS Still Standing, That’s Life, and for NBC The 10th Kingdom, Law & Orderand ER. Film: Killers, Upstate, The Bend. Hugh is the author of the book “The Keys to Acting”; he is also a faculty member of MICHA: the Michael Chekhov Association and has his own acting studio in Los Angeles, The Praxis Studio. Hugh earned a BA from Cornell University and MFA in Acting from the University of Washington. www.hughogorman.com