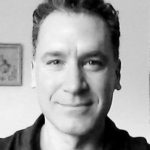 Brandt Reiter is an educator, director, performance coach, actor, journalist, editor and playwright. His directorial work ranges from Shakespeare’s Richard III to Rainer Werner Fassbinder’s Blood on the Cat’s Neck, and his acclaimed production of Vieux Carré was selected as the centerpiece of the 2014 Provincetown International Tennessee Williams Festival. Brandt has served as a Chair of Playwriting for the Kennedy Center American College Theatre Festival, and for five years was a contributing jazz critic at Los Angeles’ LA WEEKLY where, in addition, he weighed in on everything from (a)rchitecture to (z)en and the art of motorcycle riding. Brandt also has written about music for the Village Voice, All About Jazz and The New York Jazz Record, and edited for Time Warner, Hachette Filipacchi and The Hollywood Reporter, among others. He previously taught Theatre at CUNY Queens College and the University of New Haven, and Film Theory at SUNY Westchester. Brandt is a proud longtime member of AEA and SAG-AFTRA. Education: MFA, Theatre, Sarah Lawrence College; Certificate, Film Theory and Criticism, Sorbonne, Paris; BA, American Studies, Temple University.