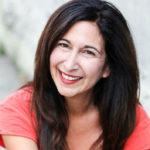 Amy Herzberg directs the MFA/BA acting programs at the University of Arkansas. She is associate artistic director and a co-founder of TheatreSquared, a professional regional theatre in Northwest Arkansas, which was recently recognized by the American Theatre Wing as one of the nation’s ten most promising emerging theatres. For TheatreSquared, she has directed One Man, Two Guvnors, Good People, Next to Normal, ‘Twas the Night, Bad Dates, The Last Five Years, and Moonlight and Magnolias. She has appeared there in Hamlet, in the world premieres of The Spiritualist and My Father’s War—a play about her father’s experiences in WWII—and in numerous roles for the Arkansas New Play Festival. Additional credits include work at La Jolla Playhouse, George Street Playhouse, Stages Repertory Theatre, Valle Christi International Theatre Festival (Italy), Alabama Shakespeare Festival, New Harmony Project, Cambridge University, English Theatre Berlin, and San Diego Repertory Theatre, where she was in the resident acting company. She has directed over 30 productions for the U of A, including most recently Kin and 33 Variations. She has received numerous honors for her work, including the Kennedy Center’s ACTF Acting Teacher Fellowship, U of A’s Charles and Nadine Baum Teaching Award, Fulbright College Master Teacher Award, the Arkansas Arts Council Artist Fellowship in Directing, and, along with her husband, the Governor’s Arts Award. She holds an MFA in Acting from Cal Arts, with additional training from American Conservatory Theatre and The Actors Center. Her students have appeared on and off Broadway, in national tours, regional theatre, film, and television.