Our mission is to cultivate, support and inspire leaders in the field of actor training.

The National Alliance of Acting Teachers finds violence against Asian Americans and Pacific Islanders (AAPI) heartbreaking, sickening, and unacceptable in any shape or form. This organization stands with our AAPI colleagues in rejecting and renouncing the hateful, harmful and alarming acts of violence that took place in Atlanta. As we send yet another message this year to our members decrying hate crimes, we continue to be alarmed by the increased racist anti-Asian rhetoric and nationwide assaults against the AAPI community. These injustices must not stand unexamined and unaddressed. It is far past time that public leaders, and all of us, act against the single biggest threat to American democracy: white supremacy. We at the National Alliance of Acting Teachers believe not only that racism has no place in our organization, our field, our nation, our lives and our work, but also that each one of us must actively fight against it in all its forms. Eliminating racism and ensuring social justice is an ongoing effort that demands our continued awareness and action. As theatre teachers and practitioners, the National Alliance pledges to use our art and resources to promote empathy, diversity, inclusion, and respect.

(June 2020) Over the past few days the outpouring of potent and beautifully articulated statements of solidarity and outrage from theatres, universities, and individuals – in the wake of the senseless killings of George Floyd, Breonna Taylor, Ahmaud Arbery, and countless others — has been at once inspiring, sobering, and heartening.

Particularly notable has been the call for action — tangible steps to take us beyond the sincere expression of sentiment and into actual change.

As an organization that strives to play a vital role in the lives of our members, our art form and our society, the National Alliance of Acting Teachers adds its voice to this collective call to action. We acknowledge that, in our very profession, we can and must play a role in calling out, reversing, and beginning to heal the systemic racism that permeates our society. The same risks we ask of our students, we must ask of ourselves: honesty, vulnerability, empathy, trust, and the courage to act.

We are an alliance of teachers committed to creating and fostering a diverse and equitable community of performing artists. We fervently concur with those who call for justice and an end to violence against Black Americans, and further, against all Persons of Color, Indigenous Peoples, and any member of our society who has been “othered”. Concomitantly, we stand with all efforts to dismantle discrimination, racism, and white supremacy in all its forms.

Nelson Mandela once described the African concept of ubuntu – or, I am because you are – as “the profound sense that we are human only through the humanity of others.”  We believe that through our work as acting teachers and artists we can help increase the connection to our own humanity and that of others, lessen the distance between people, and expand the “seeing” that is the essence of theatre and of change.

“Art is the heart’s explosion on the world. Music. Dance. Poetry. Art on cars, on walls, on our skins. There is probably no more powerful force for change in this uncertain and crisis-ridden world than young people and their art. It is the consciousness of the world breaking away from the strangle grip of an archaic social order.”

I hear of teachers – some at the very top of the profession – who want to get out of teaching. It breaks my heart. Whether it’s in the face of the logistic or bureaucratic hurdles in the institutions, or because they’ve lost faith in the system of passing along our art form, or because the profession has seemingly become so mired in mediocrity, they’re leaving and they’re taking their passion and their knowledge with them.

Why? Is it, at least in part, because there’s nowhere to turn? No support system? It’s true that, when you look around, there really is no structural support for us acting teachers beyond a thin network of friends – often merely commiserators – facing similarly insurmountable odds.

What we do as acting teachers matters. It matters not only to us and to our students, but also, perhaps more importantly, to the integrity and artistic fabric of our society as a whole. Standards in our profession matter. The pursuit of truth and excellence in the work matters. Detailed craftsmanship matters. Collegial support matters. Yet the priorities of the world in which we work don’t always support our ethos. We are met quite often by dissonance and discordance, not to mention downright resistance to the work we do.

This organization aims to be a beacon of integrity that shines across the ocean of actor training, one whose light pierces the vast darkness of commercialism providing respite for those tired of navigating the tempestuous and empty waters of the quick fix and instant reward.

Our work can address how we as acting teachers can better deal with and serve the growing diverse population of acting students. This can be a place to come to build awareness, share information and experiences. This can be a place to confront assumptions and speak to the challenges being faced by both teachers and students alike in the pursuit of artistic excellence.

Theater by its nature is a transformative art intended at its best to release us from the boundaries of 9-5 reality. I suggest that we still suffer from a certain degree of cognitive blindness as a field, about the very water we live in. The exciting thing is the desire for it to be different is emerging. That is the world we are encouraged to prepare our student to live in. It is coming. They are the future of the American Theater.

As we consider the future theatre artists that we are training and how we can best serve them and ourselves in the process, I am increasingly led back to the mirror. I think it goes without saying that the world in which we live and it’s “nature” is changing even as I write these words. The ecosystem, war, famine, disease, technological advancement, political and financial alliances, and the emergence of third world countries present an ever shifting view from the mirror that we as artists hold up, so to speak.

In regard to the classroom, one of the by products of this changing landscape is an increasingly diverse student body. And this is a good thing. However, when I turn the mirror around to view the classroom from the student side,the view (in my opinion) is all too frequently lacking.

I have this recurring fantasy that one day every school of any kind will require its students to engage in a period of study in Empathy. Leading the core of that study should be an acting teacher, a very wise acting teacher, who treasures the light of specific truths as an expression of human nature.

Actors’ explorations are designed to reach across ethnic and racial divides and enlighten our little part of the world. As the future of the National Alliance of Acting Teachers evolves, I hope we can support teachers to share these ideals with the world, and lead our field to a more prominent place in our nation’s culture.

Actor training, when done properly, is a process of human development. It is practice in being a professional human being that equips you with proficiencies and skills that are transferable to virtually all life endeavors.

Actors are creative storytellers capable of inventing truthful, multi-dimensional, compelling portraits of humanity in all storytelling mediums and platforms. Actors are resilient innovators willing to engage in the world with the rigor, discipline, stamina and ethical conduct required of them in professional practice. They are masters of on-time delivery, collaboration, collective problem solving and group dynamics. As skilled members of the creative class, actors are informed, imaginative, socially conscious, inquisitive, empathic, risk taking, sensitive, critically thinking, civic-minded, caring, questioning, entrepreneurial, courageous, contributing citizens of the world dedicated to the enlargement of human understanding.

Over the last two decades, together with our sister organization The Actors Center, we have served as a leading advocate for the creative and professional health of acting teachers. Our Teacher Development Program has been the primary vehicle in this important and sustaining effort, supporting the professional growth of well over 240 teachers since the program’s inception 21 years ago, under the guidance of luminaries Lloyd Richards, Earle Gister, Slava Dolgachev, Ron Van Lieu, J. Michael Miller, and others.

The National Alliance of Acting Teachers was launched in 2014 as an independent offshoot from The Actors Center. Expanding our programming to now include an annual congress, a professional society, regional events and workshops, and the forthcoming launch of Parodos—a publication devoted to teaching acting—our work is born from a collective desire to maintain excellence in our craft, while providing a creative home and ongoing dialogue for those in the field of actor training.

Read the full issue at parodos.actingteachers.org

The four pillars of our work.

Lead a global conversation on areas of celebration and concern across the field of actor training.

Create and foster a diverse and equitable community of performing artists.

Embrace new solutions to an ever-changing landscape of arts training.

Provide resources and opportunities for teachers in the field to reach their fullest potential. 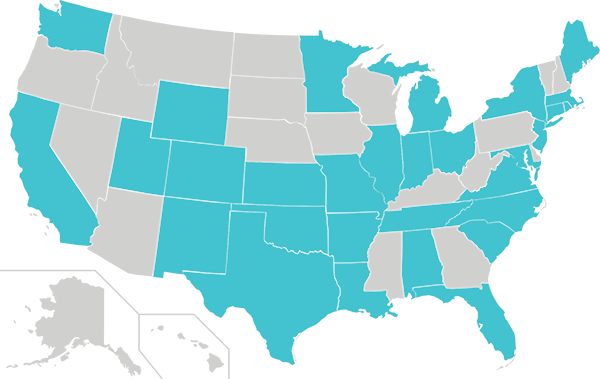